A former Blackpool Sixth student has been elected to the top job at the youth branch of the United Nations Association.

Ethan Lees, who is currently studying archaeology at Cambridge University, is now the UK General-Secretary of UNA-YP which coordinates and oversees every UN association in every university in the country. The organisation hosts speakers events, Model UN conferences and is working to create the UK’s first Youth UN and UNESCO delegations

The former Baines School student is passionate about making the UN accessible to young people and upholding its values of peace, welfare, innovation, respect for all cultures and the rights of all people. He said, “For too long the youth has been denied its voice in world affairs – that’s something we want to change.” 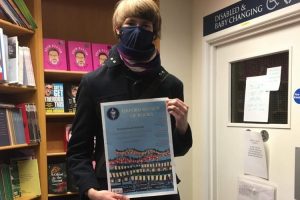