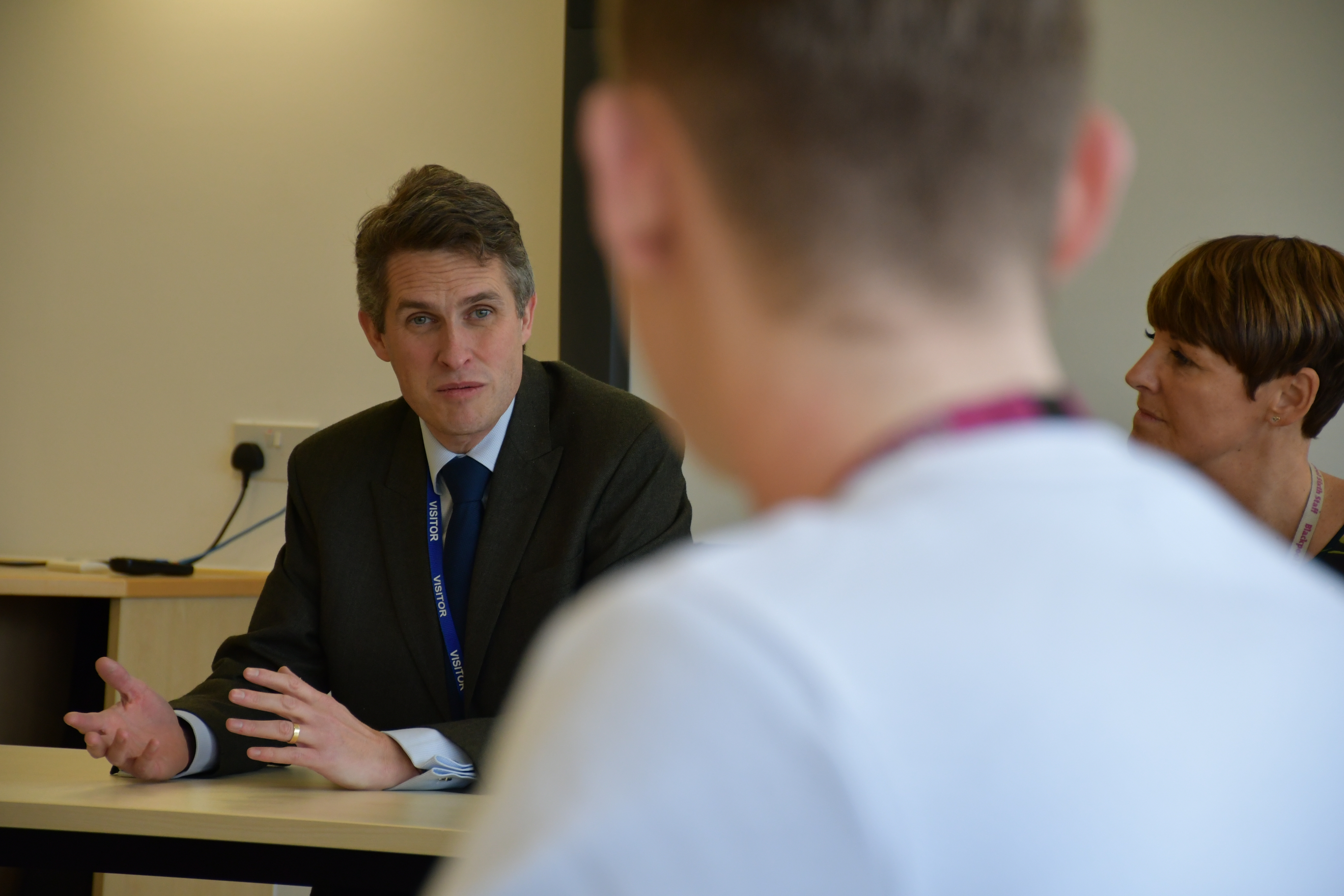 Yesterday the college had a visit from Gavin Williamson, the Secretary of State for Education.  Mr Williamson met with a group of students and toured the college with our Principal, Jill Gray.

The discussion with students focused on education issues, in particular funding for post-16 education and reforms to qualification routes. Several students expressed their concern that the Government, if re-elected, might remove ‘applied general’ qualifications such as BTEC Level 3 qualifications from the national offer in the future.  These students pointed out how well these qualifications were working for them, providing excellent preparation for university, degree level apprenticeships and employment. Students also said that they liked the flexibility of combining these qualifications with A levels, something which may not be possible if the system separated out ‘academic’ and ‘technical’ education in a more rigid way.

The Education Secretary agreed that it was important that students ‘got to choose what is right for them’.  On funding, he said that the government had recently agreed to reverse some of the cuts made in recent years by putting further money into the post-16 education system. 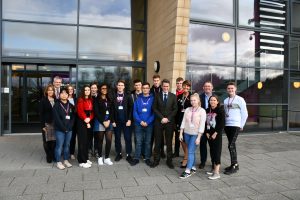 The minister has first hand experience of sixth form colleges, having himself attended Scarborough Sixth Form College for his A level studies.  He stressed the value of work experience. It was a placement in the office of his local MP during his lower sixth year which had been formative in him later deciding to pursue a career in politics.

Mr Williamson, who lived for a while in Blackpool, commented, ‘It’s great to come back to Blackpool and see how the college has come on leaps and bounds. Blackpool Sixth Form College is a shining light of educational excellence on the Fylde Coast.’

He added, ‘It was fantastic to be quizzed by students and about a wide range of issues, including changes in qualifications.’

Mr Williamson was accompanied on his visit by the Conservative parliamentary candidate for Blackpool North and Cleveleys, Mr Paul Maynard.