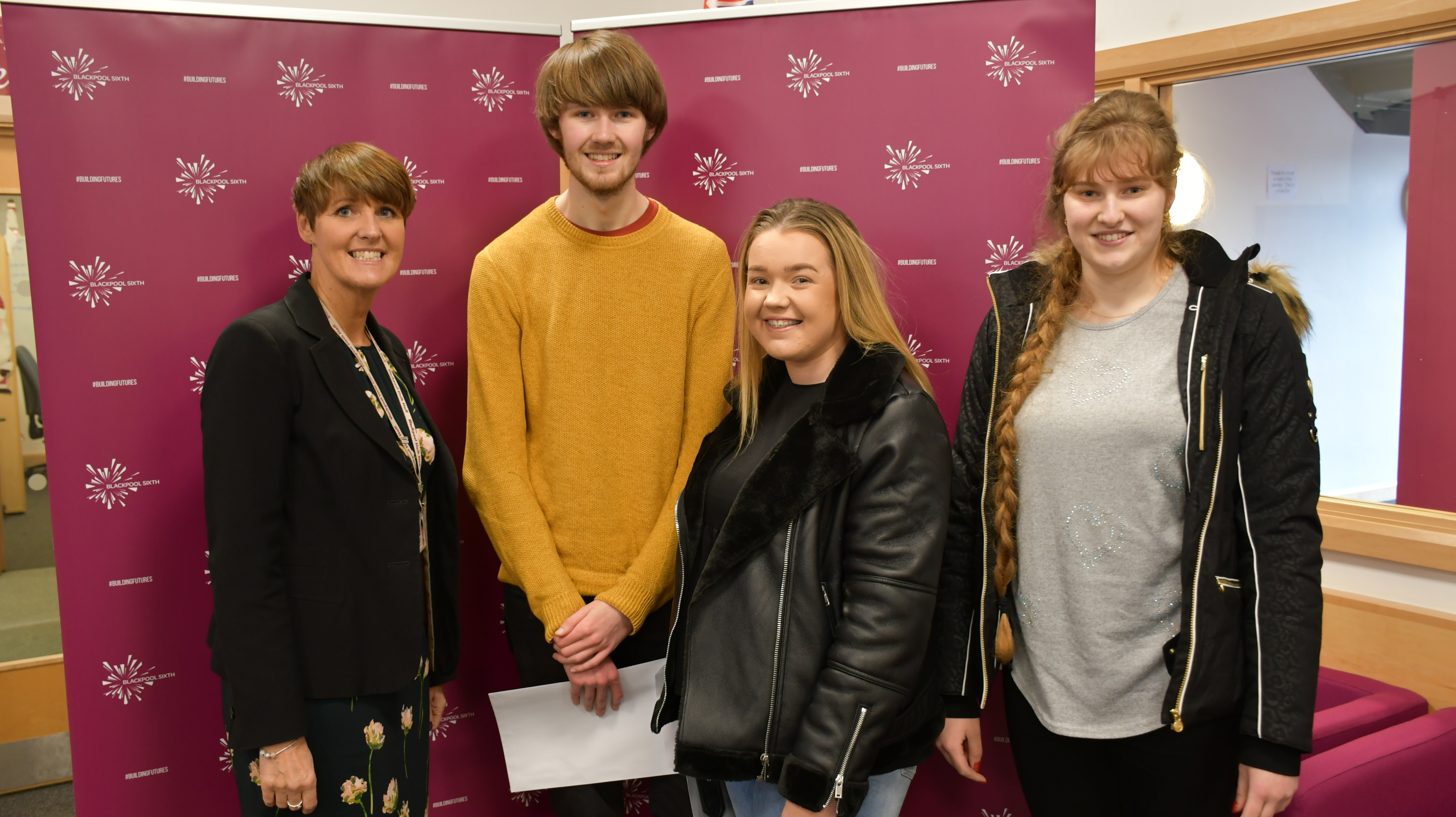 Just before the Christmas break, three of our former students called in to collect awards.  The students Luke Bateman, Emily Bradder and Lauren Bonney received their cheques for awards which were connected to outstanding achievement and successful progression to higher education.

Luke Bateman, who is now studying ancient and modern history at Merton College, Oxford University, received a cheque for £1000 after winning The Joyce Birtwhistle HE Support Award for the Most Outstanding Student in Memory of Joyce & Alan Edgar Birtwhistle.  Luke told us that the award will help him pay for a visit to Sicily linked to his studies.

Emily Bradder also received a cheque for £1000 after winning the ‘most deserving student’ award, also in memory of Joyce and Alan Edgar Birtwhistle.  Emily, who is now studying professional policing at Liverpool John Moore’s university, will put the money towards a deposit for a house.

Lauren Bonney received a cheque for £500 as the winner of The Christine Walker Memorial Fund Award kindly donated by the Blackpool and District branch of Soroptimist International.  Lauren is studying physics at Lancaster University and said that the money will help greatly with her studies.