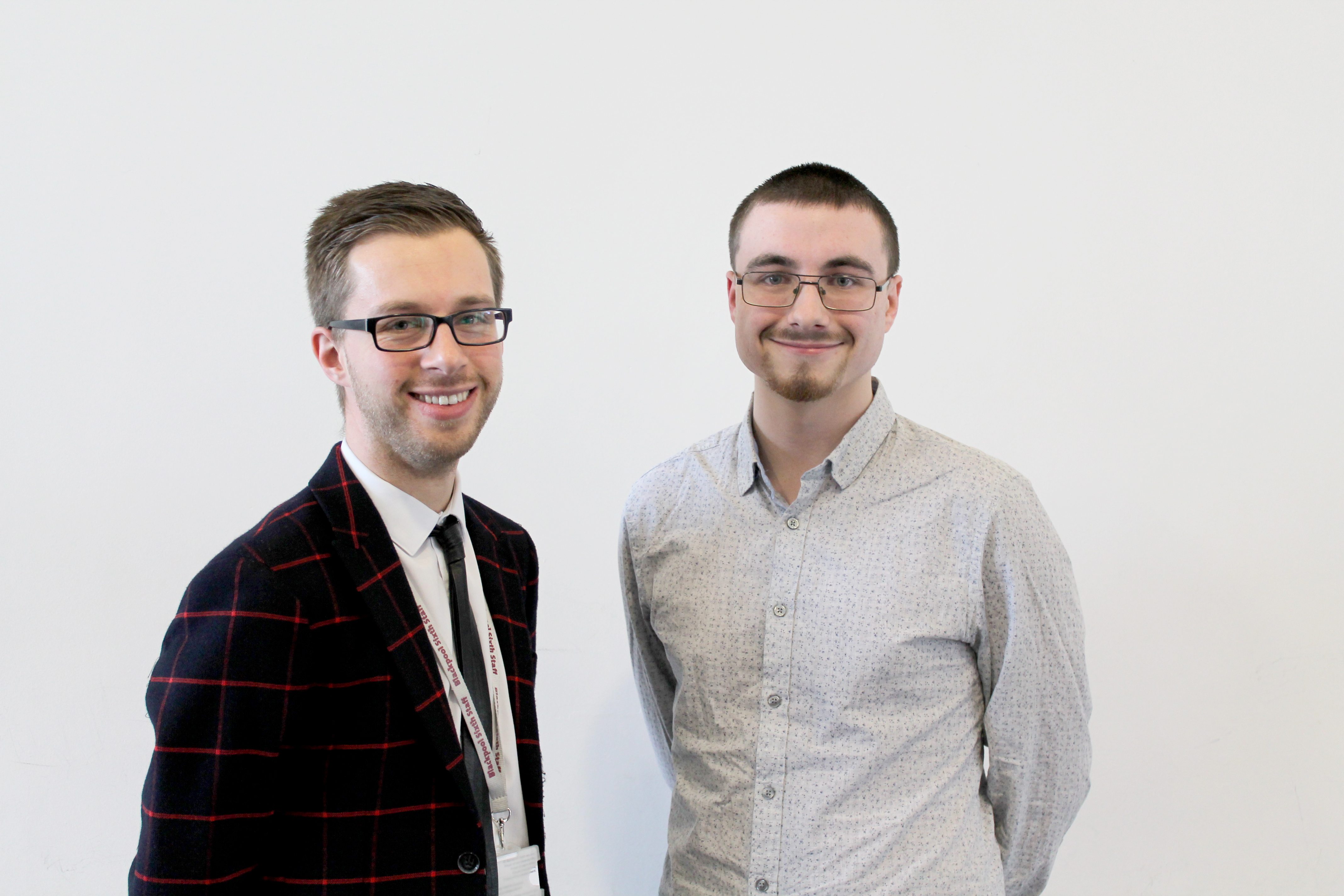 A Blackpool Sixth teacher has been selected by Oxford University as the winner of a prestigious award for his inspirational work in helping students to progress to the world-renowned university.

Robert Fisher, Acting Head of Mathematics at Blackpool Sixth, was nominated for the award by former student, Callum Wardle, who is in his first year at Oxford, reading mathematics.

In the nomination, Callum commented, ‘As a student from a working class background, I had never considered Oxford a realistic target because I didn’t think I was anywhere near good enough to attend such a prestigious university. But from the moment I first stepped foot in Blackpool Sixth, Rob Fisher challenged my perceptions about what I was capable of and showed me that I could do anything.’

Callum praised the very high standard of Rob’s maths lessons which he described as ‘captivating’, noting that Rob ‘would always push us to apply our new knowledge to as many unfamiliar situations as possible.’  Callum also greatly appreciated the ‘warm and friendly atmosphere’ in Rob’s classroom – ‘he was always quick to crack jokes and make us laugh.’

Rob gave extensive support to Callum in preparation for the very challenging additional exams needed for Oxford entry and spent a lot of time providing interview practice and suggestions for further reading.

Rob trained to teach through the Teach First programme in 2012, following his graduation with a first class masters degree in mathematics from Lancaster University. He then taught in a high school in Burnley for two years, completing his teacher training. He moved to Blackpool Sixth in 2014 and quickly took on the the role of gifted and talented coordinator a year later. In 2016 he became assistant head of maths and has been acting head of maths since the end of the summer term in 2018, covering the head’s maternity leave.

Rob commented, ‘I chose teaching due to having a love of maths. It wasn’t until my teacher training where I became aware of the social-economic divide within education, hence me teaching within Blackpool, supporting our students to attend university.’

He speaks very highly of his former student who nominated him for the award, ‘Callum was a pleasure to support in his education journey, always contributing in class and testing my mathematics inside and outside of lesson, constantly wanting to be pushed. It is always nice to be recognised for the work you do, but the main reward from my job is supporting these students to be successful individuals, Callum being one of them.’

Rob says he is ‘honoured’ to have been chosen for the award which he will receive at the Oxford Inspirational Teachers’ Award Celebration Ceremony at Worcester College, Oxford University on Friday 17th May.