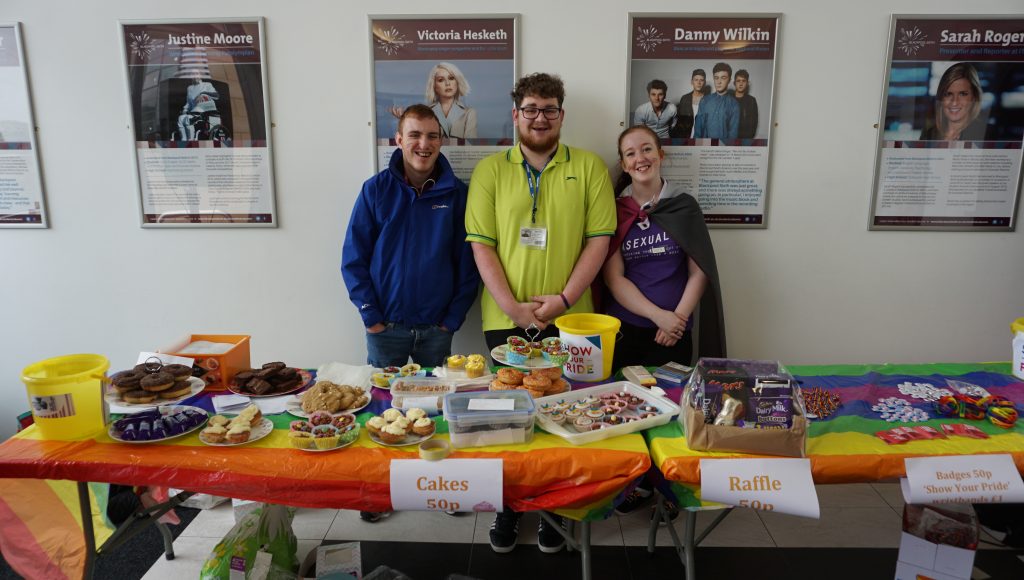 LGBT+ students have been celebrating equality and diversity in college with their annual Show Your Pride event.

Students sold cakes and snacks in the college’s foyer and musical performances ran through the day to raise funds for several LGBT+ charities. A pop up camera shop captured students supporting the day.

Julie Halliwell, the college’s coordinator of  the college’s LGBT+ group, said: “A former student around five years’ ago a student got chatting to me in the Fyi who thought the LGBT community wasn’t represented in the college and the group has now become part of the recreation timetable. After the student left I promised to ensure that the group would carry on and over the years it’s gone from strength to strength.

“It’s still really important to raise awareness and promote diversity and equality in college and the wider community.”

Amongst the stalls, volunteers from the Fylde’s URPotential group were on hand to give out information.

“For young people we are the only provision for young people across the Fylde coast,” explained Louise Harrison. “We can offer one to one support to young people aged 10 to 25 years’ old and have group meetings in St Annes, Blackpool and Fleetwood.”

URPotential volunteer John Wilson said: “It’s a great group for young people, with lots of exciting trips such as Gay Pride in Manchester.

“Although it is so much easier to be out in 2019 there is still a lot of isolation for young people and we offer them a safe place to be themselves.”

Chloe Ireland, 18, studying at BTEC Film and Television Production and A level Film Studies, was running the nail varnish stall: “Today is a celebration of how far we’ve come and remembering what has happened in the past, but there is still a lot of misunderstanding of issues linked the trans community for example.” 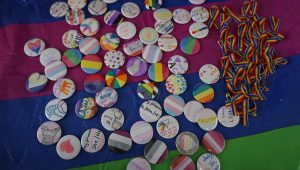 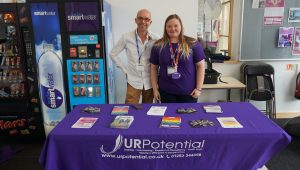 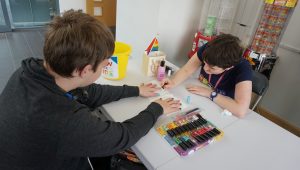 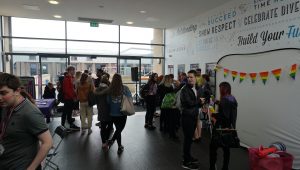