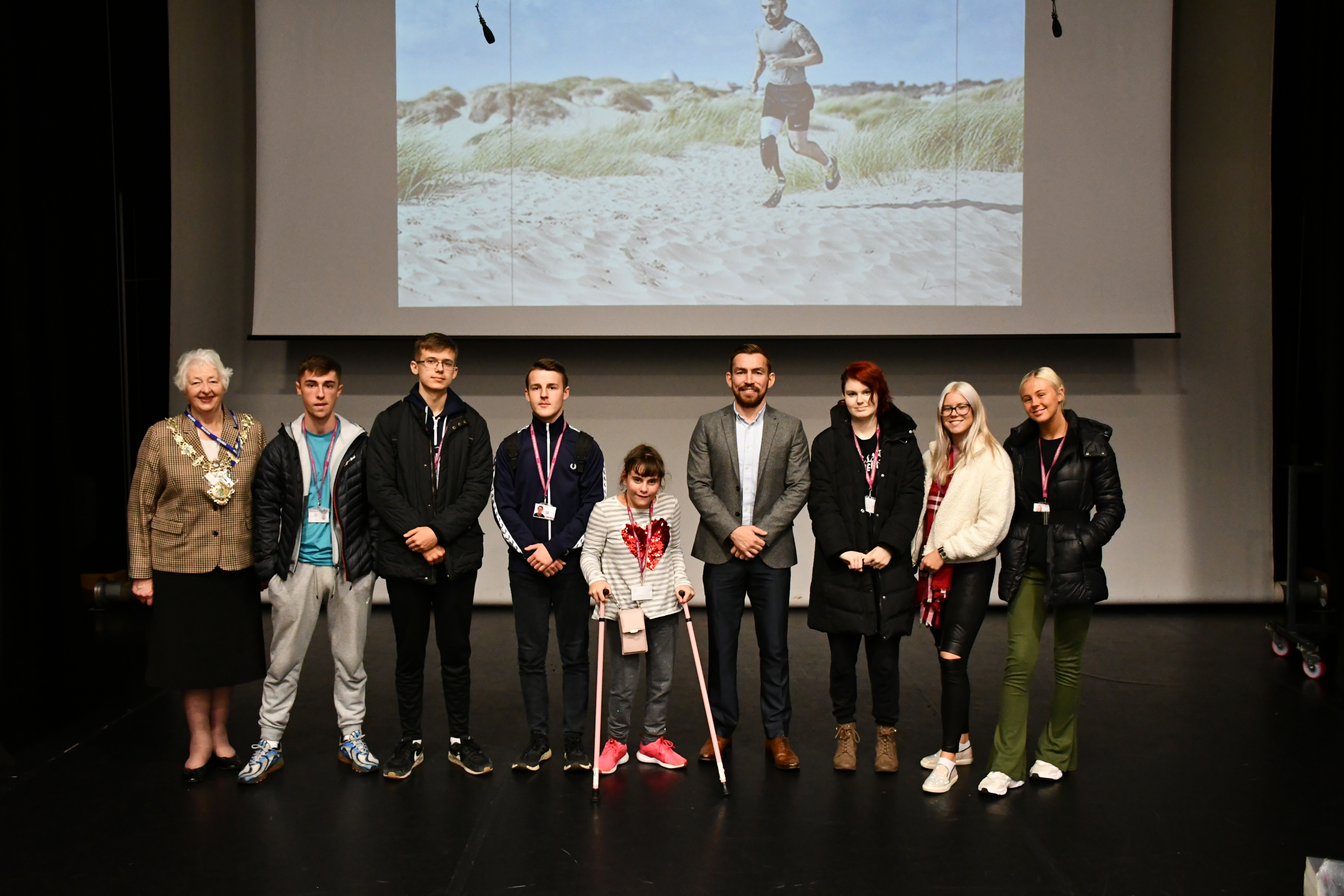 This year’s Memorial Lecture at Blackpool Sixth was delivered by Andy Grant, a former soldier who is now a leading disabled athlete and motivational coach.  Andy recently featured in BBC Celebrity Masterchef. His inspiring and moving talk to students, staff and invited guests covered his extraordinary life story and what he has learned about achieving success in hugely challenging circumstances

Andy’s life story is one of overcoming enormous adversity. At 12 years old, he lost his mum to leukaemia, leaving him to help his dad bring up his two younger sisters.  At 17, he decided after a year of A levels, that he needed a different challenge and was drawn into the Royal Marines.

After completing the Royal Marine Commando training, he earned his coveted green beret and served in operation in Iraq and Afghanistan for nearly seven years, before being medically discharged after some very serious injuries in Afghanistan.

Andy was blown up, five months into his tour to Afghanistan, which resulted in him spending two weeks in an induced coma and eighteen months in and out of hospital before he eventually decided to have his leg amputated for a better quality of life and for control of his future.

Since his amputation he has climbed some of the highest mountains in the world, learnt to ski and surf, and recently became the fastest single-leg amputee in the world over 10km; clocking a time of 37:17. 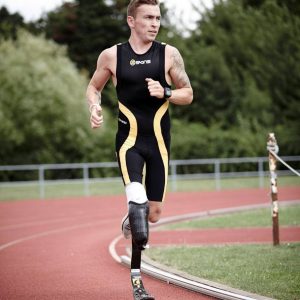 Andy’s key message to his audience, based on his own amazing life story, was that, “It’s not the bad things that happen to you which define you, it’s how you respond to them that matters.”  He draws inspiration from the Royal Marine’s ‘commando ethos’ which emphasizes “fortitude, determination, adaptability, unselfishness, humility and humour.”

He has recently written a book based on his experience, entitled ‘You’ll Never Walk’.  He explained that the title was inspired by the fact that the tattoo of the famous motto of Liverpool F.C on his leg had to lose the word ‘alone’ when he had his amputation.

As part of the event, a donation will go to the Owen McVeigh Foundation which supports children  suffering from cancer and their families in the Merseyside area.

The Memorial Lecture is supported by funds left by the Trustees of the Blackpool Grammar School War Memorial Foundation. The Foundation was established in memory of those old boys of Blackpool Grammar who fell in the two World Wars and remembers former pupils who have fallen in later conflicts.